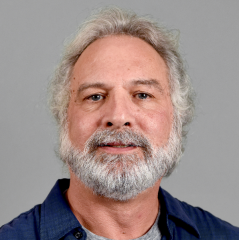 Kimbel was a research associate of the Institute of Human Origins and Virginia M. Ullman Professor of Natural History and the Envirnoment in the School of Human Evolution and Social Change. He conducted field, laboratory and theoretical research in paleoanthropology, with a primary focus on Plio-Pleistocene hominid evolution in Africa. He has undertaken field and/or laboratory research in Ethiopia (Hadar) and Tanzania (Olduvai Gorge), as well as in Kenya, South Africa and Tunisia. He also had research interests in Late Pleistocene hominid evolution and has collaborated with Israeli colleagues in excavations in the Middle Paleolithic Neandertal-bearing cave of Amud.

On the theoretical side, Kimbel interests included the application of evolutionary and systematic theory to paleoanthropological problems. He served as joint editor of the Journal of Human Evolution from 2003 to 2008.