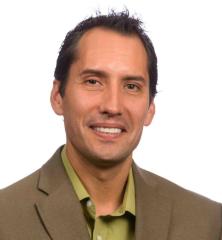 Recently Wirkus has co-authored scholarly articles in journals such as the Journal of Theoretical Biology, Mathematical Medicine and Biology, Mathematical Biosciences and Engineering, and Discrete and Continuous Dynamical Systems. He is a manuscript referee for Journal of Vibration and Control and a manuscript reviewer for Chapman & Hall/CRC Press.

Along with School of Mathematical and Natural Sciences' colleague Erika Camacho, Wirkus served as co-director of the Applied Mathematical Sciences Summer Institute, a summer undergraduate research program from 2005-2007.

Within the mathematical and natural sciences, Wirkus serves as chair of the Applied Mathematics Degree Program Committee. He has also served on various hiring and personnel committees. In Fall 2011, he was awarded the AGEP (NSF Alliances for Graduate Education and the Professoriate program) Mentoring Award from the Southern Regional Education Board (SREB). He has taught a variety of courses including Calculus with Analytic Geometry, Mathematical Models in Biology, Introduction to Geometry, Advanced Calculus, and Techniques and Applications of Applied Mathematics.

In May 2013, Wirkus was named ASU's Professor of the Year by the Sun Devil Family Association.

Wirkus has served as Associate Director and Interim Director of SMNS.