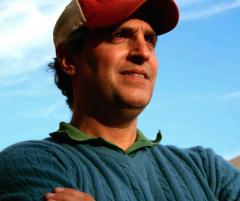 Adam Collis is a filmmaker and film professor dedicated to making distinctive feature films and to giving his students one of a kind opportunities to learn filmmaking directly from world class filmmakers from both studio and independent realms. He accomplishes this by connecting his students and Hollywood pros through video conferences, at in-class visits, and on actual feature film sets.

Professor Collis has directed short form and feature length documentaries. Additionally, he earned his MBA from UCLA's Anderson School of Business where he led a six-month, six-person research study on new business models for Independent Films.

In 2014, he produced and directed Car Dogs, starring Patrick Adams (Suits), George Lopez, Nia Vardalos (My Big Fat Greek Wedding), and Oscar winner Octavia Spencer (The Help). Next up for Professor Collis is The Long Blue Yonder, which is being produced by Brunson Green (The Help) and has Tye Sheridan (Mud) attached in the lead role.

Professor Collis also has a particular interest in helping young filmmakers get their footing in Hollywood. As a professor of practice of film directing at Arizona State University, he's created classes, programs and internships, including the successful Skype-screening series, Hollywood Invades Tempe, which hosted more than a dozen major Hollywood filmakers and executives.