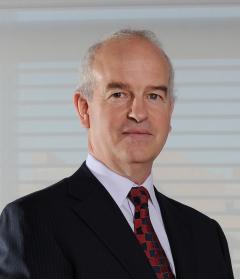 Gary Dirks is senior director, Global Futures Laboratory, and director of LightWorks®, an Arizona State University initiative that capitalizes on ASU's strengths in solar energy and other light-inspired research. From 2013-2019, he was the director of ASU's Wrigley Institute. He is also  the Julie Wrigley Chair of Sustainable Practices, professor of practice in the School of Sustainability, and distinguished sustainability scientist.

He received China's "Friendship Award" in 2003 and received an honorary CMG (Companion of the Order of St. Michael and St. George) from the United Kingdom in 2005. In December 2008 he was recognized by the People's Daily as one of the 10 most influential multinational company leaders of the last 30 years of China's economic development. In 1999 he received the CLAS Leaders Award for his extraordinary leadership skills while driving positive change locally and internationally by the College of Liberal Arts and Sciences at Arizona State University.