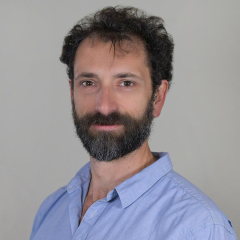 J. Benjamin Hurlbut, PhD is Associate Professor in the School of Life Sciences at Arizona State University.  He is trained in science and technology studies (STS) with a focus on the history of the modern biomedical and life sciences, and his research lies at the intersection of intersection of STS, bioethics and political theory.  He studies the changing relationships between science, politics and law in the governance of biomedical research and innovation, examining the interplay of science and technology with democracy, religious and moral pluralism, and public reason.

He is the author of Experiments in Democracy: Human Embryo Research and the Politics of Bioethics (Columbia University Press, 2017) and co-editor of Perfecting Human Futures: Transhuman Visions and Technological Imaginations, (Dordrecht: Springer, 2016), as well as numerous articles and book chapters. He holds an A.B. from Stanford University and a Ph.D. in the History of Science from Harvard University. He was a postdoctoral fellow in the program on Science, Technology and Society at the Harvard Kennedy School.