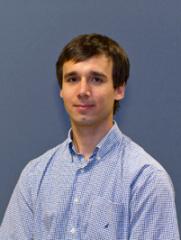 Jay Oswald is an associate professor in the School for Engineering of Matter, Transport and Energy in the Ira A. Fulton School of Engineering at Arizona State University. Oswald obtained his bachelor's (2004) and master's (2005) degrees in mechanical engineering from Case Western Reserve University. From 2005 to 2006, he was a consultant for NASA Glenn Research Center, where he worked on the mechanical response and space environment effects on elastomeric docking seals. He received a doctorate in mechanical engineering from Northwestern University in 2011 under the supervision of Professor Ted Belytschko.

At ASU, Oswald's research focuses on the computational modeling of mechanics of materials, especially failure processes such as fracture and dislocation-induced crystal plasticity.