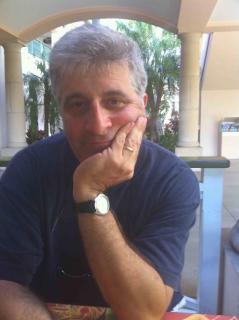 Greg Bernstein has worked extensively on both the creative and business sides of the entertainment industry. After graduating from the University of California Los Angeles (UCLA) Law School where he served as executive editor of the UCLA Law Review, Bernstein practiced entertainment law for two years and then worked for six years as vice-president of business affairs at Columbia and Tri-Star Pictures. Bernstein then left the executive suite for the classroom when he enrolled in the film program at the American Film Institute (AFI) where he earned a master's degree. Since leaving AFI, Bernstein has received writing credit on four films: "Official Secrets," released August 2019, starring Keira Knightley, Ralph Fiennes, Matt Smith, Matthew Goode and Rhys Ifans; “The Conspirator,” released in 2011 and directed by Robert Redford, and for which Bernstein was awarded the Humanitas Prize; “Trial and Error,” which starred Charlize Theron, Michael Richards and Jeff Daniels; and “Call Me Claus,” which starred Whoopi Goldberg.

Bernstein has sold additional scripts to Disney and Dreamworks. In 2003, Bernstein took a sabbatical from writing and entered the Kennedy School of Government at Harvard University where he received a master's degree in public administration. Upon returning to Los Angeles, Bernstein served as the assistant executive director of the Writers Guild of America from 2004 until 2006.