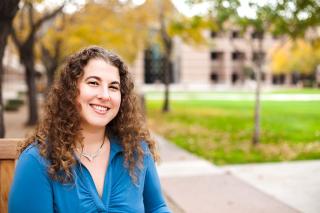 Luna has lived, worked and studied on both coasts of the U.S., in the northeast, the mid-Atlantic and in the south. She has also lived and studied in Argentina and Mexico.

Her research revolves around questions of gender and sexual identity, the gendered performance of self and the representation of women, class struggle, and art’s potential for the praxis of social justice, primarily focusing on literature and film. She is the author of the book Adapting Gender: Mexican Feminisms from Literature to Film (2018, SUNY Press) and is the Co-Director of Programming for Femme Revolution Film Fest in Mexico City. She is a singer, a writer and a translator of poetry and prose. Some of her work can be seen in Jacket2, Hostos Review, Askew, Four Chambers Press, Oomph!, Barzakh, Vice Versa, Hektoen International and Contrapuntos. She has translated books by Juan José Rodinás: Koan: Underwater (2018, Cardboard House Press), Judith Santopietro: Tiawanaku: Poems from the Madre Coqa (2019, Orca Libros) and Giancarlo Huapaya: SubVerse Workshop (Lavender Ink/ Diálogos 2020).

Luna finds herself quite at home in an interdisciplinary professional milieu as her work has never been tied exclusively to a single approach nor area of interest, neither geographically nor thematically. Her professional training in literature coupled with her background in musical performance, her love of photography and film, large-scale visual art and architecture as well as regional and national culinary traditions all feed her passions in and around Latin American studies. Her teaching and research defy the limiting notions of regional and disciplinary study to span across visible and invisible boundaries and creates new ways of thinking about our historic and future interconnectedness.