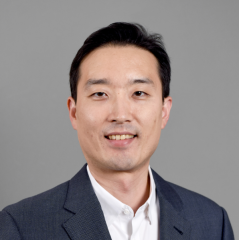 Jae-sun Seo received the B.S. degree from Seoul National University in 2001, and the M.S. and Ph.D. degree from the University of Michigan in 2006 and 2010, respectively, all in electrical engineering. He spent graduate research internships at Intel circuit research lab in 2006 and Sun Microsystems VLSI research group in 2008. From January 2010 to December 2013, he was with IBM T. J. Watson Research Center, where he worked on cognitive computing chips under the DARPA SyNAPSE project and energy-efficient integrated circuits for high-performance processors. In January 2014, he joined ASU as an assistant professor in the School of ECEE. During the summer of 2015, he was a visiting faculty at Intel Circuits Research Lab.