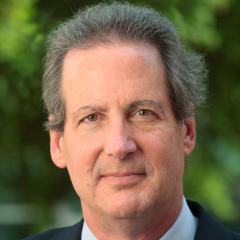 James Weinstein is the Dan Cracchiolo Chair in Constitutional Law in the Sandra Day O'Connor College of Law, a faculty fellow in the Center for Law, Science and Innovation at Arizona State University and an associate fellow with the Centre for Public Law at the University of Cambridge.

During law school, he was a member of the University of Pennsylvania Law Review Board of Officers. After graduating, he served as a law clerk to James R. Browning, Chief Judge of the 9th U.S. Circuit Court of Appeals, and then practiced civil litigation in Los Angeles for several years before joining the faculty in 1986.