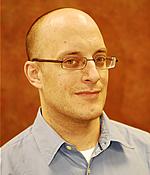 Michael Stancliff is an associate professor of English in the New College of Interdisciplinary Arts and Sciences at Arizona State University where he is director of the New College Writing Program. He teaches courses in rhetoric and composition, 19th-century American literatures and cultures, African American literature, and the literature of slavery and emancipation. He is the author of "Frances Ellen Watkins Harper: African American Reform Rhetoric and the Rise of a Modern Nation State" (2010), and with Sharon Crowley, author of "Critical Situations: A Rhetoric For Writing in Communities" (2007). Stancliff is currently working on a literary history of racial whiteness after emancipation in the United States.