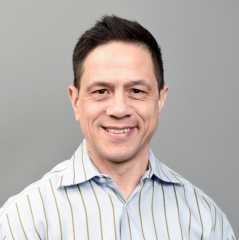 Robert Mills is a clinical associate professor of music and the vocal coach/accompanist for Arizona State University's Music Theatre and Opera (MTO). Professor Mills holds a bachelor's in music from the University of Maryland as well as an master's and Doctor of Musical Arts in collaborative piano from Arizona State University. Additionally, he holds both a Juris Doctor and a MLIS from Brigham Young University.

For nearly three years, Professor Mills served as an assistant vocal coach and accompanist for the Opera Institute at Boston University. Currently, he is on faculty at the American Institute of Musical Studies (AIMS) summer program in Graz, Austria as a repetitor/coach. Mills concertizes regularly throughout the United States promoting American art song and has just completed a recording of the song cycles of Judith Cloud on the Summit Records label. He has collaborated with vocal artists and technicians such as Ingo Titze, Phyllis Curtain, and Ariel Bybee in concert, workshop and master-class settings. Mills has taught throughout the world including invitations to the Conservatorio Nacional de Música de México as well as the Big Bear Lake Song Festival. Mills has performed with the Baltimore Symphony, Phoenix Symphony, Johns Hopkins Symphony, and the Symphony of the Southwest as well as with Three Tenors of Mexico and the Grammy Award-winning Phoenix Chorale. Mills can be heard on the Canyon Record label.