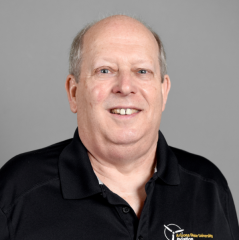 Michael Hampshire is a faculty associate with aviation programs in the Polytechnic School. Since January 2014, he has served as a ground school and simulator instructor with Arizona State University.