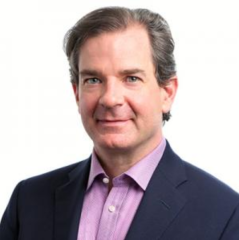 Center Co-Director and Professor of Practice , School of Politics & Global St
Co-Director, Center on the Future of War
Long Bio

Peter L. Bergen is vice president, director of studies and fellows programs and the International Security Program at New America and professor of practice in the School of Politics and Global Studies at Arizona State University.

His books "Manhunt: The Ten Year Search for Bin Laden, from 9/11 to Abbottabad," "The Longest War: The Enduring Conflict between America and Al-Qaeda, Holy War, Inc.: Inside the Secret World of Bin Laden" have been New York Times bestsellers, translated into multiple languages, and listed as among the best non-fiction books of the year by the Washington Post, the Guardian, Amazon, Foreign Policy, the Sunday Times, The Times and other media. HBO turned "Manhunt" into a film that won the Emmy for best documentary and CNN used a prior book "The Osama bin Laden I Know: An Oral History of al Qaeda’s Leader" for a film that was nominated for an Emmy and named the best documentary of 2006 by the Society of Professional Journalists.

Bergen is National Security Analyst at CNN and has written extensively about al-Qaeda, Afghanistan, Pakistan, counterterrorism, homeland security and the Middle East for the New York Times, Los Angeles Times, Foreign Affairs, The Washington Post, Wall Street Journal, The Atlantic, and other newspapers and publications around the world.