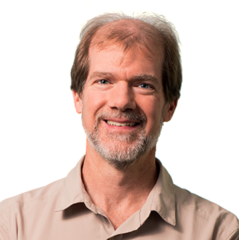 Kevin Beyer is the Executive Director of Information Technology for The College of Liberal Arts and Sciences. Kevin oversees technology initiatives with The College, including desk-side support, web and security.

Kevin began his career in technology in the early 1990s, when the Internet, digital media and communications began taking hold in the private sector. He was one of the original team members that launched Discover Channel's initial commercial and education websites in 1995. He continued to work on these projects as Technical Manager for almost ten years while also maintaining his multimedia and technology consulting business.

Since moving to Arizona in 2003, Kevin has held positions as Web Administrator and IT Director at Prescott College and Senior Web Developer at the University of Arizona.