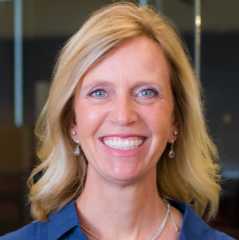 Allysa has been reporting, producing and managing in television for more than 30 years. She’s worked as an on-air reporter, field producer and executive producer for local television stations, national news outlets and various cable shows including CBS News, National Geographic TV, AZPBS and KNXV-TV.  Allysa began her career in news working part-time for Walter Cronkite at CBS while she was still a senior in college.  After graduating from Columbia University Allysa worked at 60-Minutes at CBS News for a number of years before moving to Columbia Missouri to pursue a master’s degree in journalism at the University of Missouri, Columbia.  Local news reporting stints in Omaha, Louisville and Phoenix allowed her to cover daily news, depth and investigative stories for close to 10 years. After starting her own production company, Allysa branched out to produce and report stories for a number of national media outlets including, National Geographic, HGTV, CBS News and Health Corner TV.  Since moving to Arizona in the late 90’s Allysa has also worked in some capacity for the Walter Cronkite School of Journalism and Communication. As a Faculty Associate, she has taught mainly broadcast reporting and performance techniques at both the undergraduate and graduate level.  In 2016 Allysa became the Executive Producer for News and Public Affairs at Arizona PBS. In this role, she managed the News Division at AZPBS, and reported and produced stories for the nightly public affairs shows Arizona Horizon and Horizonte. In this role, she oversaw the coverage of some of the biggest news stories in Arizona at the time including the death of Senator John McCain, political debates for both local and national offices, the elections in 2016 and 2020 and the impact of the Covid-19 pandemic.  In 2021 Allysa became a Content Director at Cronkite News where she leads students in creating content for the award winning 30-minute newscast that airs Monday through Friday on Arizona PBS.