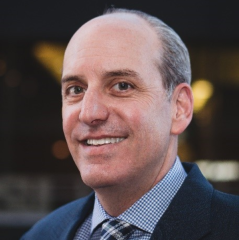 Rick Naimark joined ASU in 2015 as associate vice president for program development planning. Naimark’s primary role at ASU is to lead efforts to expand the university’s educational and research capacity across Arizona and beyond through physical campus development and program partnerships with government and community organizations. Naimark came to ASU after 29 years with the City of Phoenix, where he most recently served as deputy city manager. Over his tenure at the city, he oversaw a variety of departments. He also led efforts to develop the ASU Downtown Phoenix campus and Phoenix biomedical campus. He has a master’s degree in public policy from the John F. Kennedy School of Government at Harvard University and an undergraduate degree in public policy from Stanford University. Naimark is active in the community, serving on various community boards including Hospice of the Valley, The Arizona Science Center, Artlink, The Friends of Phoenix Public Art, The Arizona Jewish Historical Society and the Phoenix Citizens’ Transportation Commission