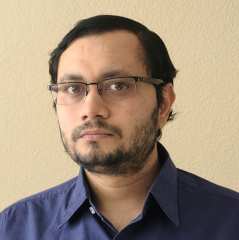 Pal received his bachelor's degree in electrical and electronics engineering from Birla Institute of Technology, Mesra, Ranchi, India, in 2008, and his master's and doctoral degrees in electrical engineering from Virginia Tech, in 2012 and 2014, respectively. From 2014 to 2016, he worked as a postdoctoral fellow in the Network Dynamics and Simulation Science Laboratory of the Biocomplexity Institute of Virginia Tech.