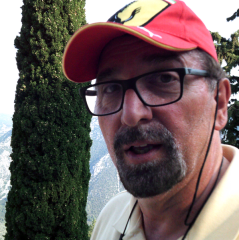 Emeritus Professor Leon D. Iasemidis was born in Athens, Greece. He received the diploma in electrical and electronics engineering from the National Technical University of Athens, a master's degree in physics, and a master's degree and doctorate in biomedical engineering from the University of Michigan-Ann Arbor. Iasemidis’ doctoral thesis was on the “Dynamics of human brain in temporal lobe epilepsy.” From 1991 to 1993, he was a postdoctoral fellow in the Departments of Electrical Engineering and Neurology at the University of Michigan-Ann Arbor. From 1993 to 2000, he was the director of the Clinical Neurophysiology Laboratory and founder of the Brain Dynamics Laboratory at the Malcolm Randal VA Medical Center, Gainesville, FL, and a research assistant professor in the Departments of Electrical Engineering, Neurology and Neuroscience at the University of Florida, Gainesville, FL. Since 2000, he has been an associate professor of bioengineering at the Arizona State University and the founder and director of the ASU Brain Dynamics Laboratory.

Iasemidis is recognized as an expert in the dynamics of epileptic seizures, and his research and publications have stimulated an international interest in the prediction and control of epileptic seizures, and understanding of the mechanisms of epileptogenesis. Iasemidis was on the editorial board of Epilepsia, IEEE Transactions on Biomedical Engineering and currently is an associate editor of the International Journal of Neural Systems. He is a reviewer for the National Institutes of Health (NIH) and the National Science foundation (NSF). Iasemidis’ research has been funded by NIH, VA, DARPA, NSF, the Epilepsy Foundation of America, and the Whitaker Foundation.