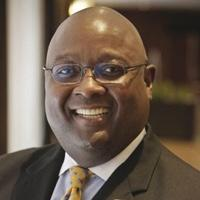 Mark S. Brantley, Esq. is the Assistant Director of Operations for the ASU School of International Letters and Cultures.  Prior to working at ASU, Mark’s tenure at the New York State Unified Court System spanned more than 30 years including his last position as the chief administrative officer of the New York County Clerk’s Office.  Currently admitted to the New York and Arizona Bars, Mark was a former administrative law judge for the City of New York’s Adjudications Division where he conducted hearings on parking violation matters.  Mr. Brantley has served on various boards and has written numerous articles, white papers, and legislative and regulatory comment letters related to the credit union industry.  He has practiced law since 2000 in the areas of personal injury, wills and trusts, landlord and tenant, and volunteered as a court attorney drafting decisions on motions and orders to show cause for the justices of the Supreme Court in New York County.  Finally, Mr. Brantley is an ordained minister and serves as the Superintendent of the Sunday School at his local Church.