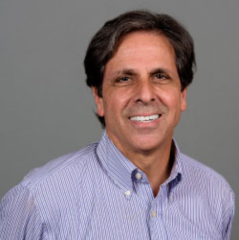 Rodney Hero is the Raul Yzaguirre Chair in the School of Politics and Global Studies at Arizona State University. His research and teaching focus on American democracy and politics, especially as viewed through the analytical lenses of Latino Politics, Racial/Ethnic Politics, State and Urban Politics, and Federalism. His book, "Latinos and the U.S. Political System: Two-tiered Pluralism," received the American Political Science Association's [APSA] 1993 Ralph J. Bunche Award. He also authored "Faces of Inequality: Social Diversity in American Politics" (which was selected for the APSA’s Woodrow Wilson Award in 1999), and "Racial Diversity and Social Capital: Equality and Community in America" (2007). He is also co-author of "MultiEthnic Moments: The Politics of Urban Education Reform (2006); Newcomers, Insiders and Outsiders: Immigrants and American Racial Politics in the Early 21st Century" (2009); and "Latino Lives in America: Making it Home" (2010); "Latinos in the New Millennium: An Almanac of Opinion, Behavior, and Policy Preferences" (2012). And his 2013 co-atuhored book, "Black-Latino Relations in U.S. National Politics: Beyond Conflict or Cooperation," was chosen for the 2014 'Best Book on Latino Politics Award' given by the Latino Caucus of the APSA. He has also authored and co-authored a number of articles in scholarly journals, and chapters in edited books, and was a co-principal investigator on the Latino National Survey (completed in 2006). He has also served on the editorial board of a number of major political science journals.