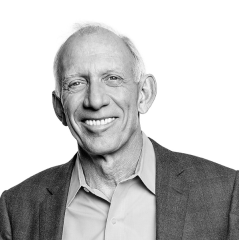 Lieutenant General Schmidle is the University Advisor on Cyber Capabilities and Conflict Studies at Arizona State University. Dr. Schmidle is also a Professor of Practice in the School of Politics and Global Studies where he is currently teaching a graduate class on the influence of cyber capabilities on national security strategy. Additionally, he is a Senior Fellow in the Center on the Future of War at Arizona State University exploring the effects of technology on human conflict.

While on active duty he served as the first Deputy Commander of United States Cyber Command, responsible for standing up the command while concurrently executing full spectrum cyber operations. Subsequently he was the head of Marine Aviation and his final assignment on active duty was as the Principal Deputy Director, Cost Assessment and Program Evaluation in the Office of the Secretary of Defense.

Lieutenant General Schmidle has extensive operational flying experience, amassing 4,700 hours in tactical fighters, participating in combat operations in Iraqi and Bosnia. He commanded an F-18 squadron, VMFA-251 in combat and aboard USS America as part of Carrier Air Wing One. He was also selected for an extraordinary second operational command of another F-18 squadron, VMFA-115.

As a Colonel he commanded the Special Purpose Marine Air Ground Task Force (Experimental), planning and executing the Marine Corps Warfighting Experiments. As a Brigadier General he was the Deputy Chief of Staff for the Office of the Secretary of Defense Quadrennial Defense Review Team and the Deputy Director for Resources and Acquisition on the Joint Staff.

As a Major General he commanded the First Marine Aircraft Wing, which included all Marine Corps aviation in the Pacific Theater. He also led the Marine Corps Quadrennial Defense Review Team.

He holds a bachelor’s degree from Drew University, a master’s degree from American University and earned his doctorate from Georgetown University. His thesis, recognized with distinction, was titled “The Power of Context in Shaping Moral Choices.” He is a member of the National Security Agency Advisory Board, Council on Foreign Relations and the Defense Science Board. His numerous publications are in the fields of moral philosophy, social psychology, cyber security and military history. He currently resides in Washington, DC.