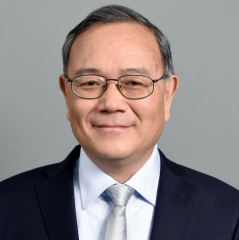 Yinong Chen is a teaching professor in the School of Computing and Augmented Intelligence in the Ira A. Fulton Schools of Engineering at Arizona State University. He received his doctorate from the University of Karlsruhe / Karlsruhe Institute of Technology (KIT), Germany, in 1993. He did postdoctoral research at Karlsruhe and at LAAS-CNRS in France in 1994 and 1995. From 1994 to 2000, he was a lecturer and then senior lecturer in the School of Computer Science at the University of the Witwatersrand, Johannesburg, South Africa. Chen joined Arizona State University in 2001. He's (co-) authored more than 10 textbooks and over 500 research papers. He is on the editorial boards of several journals, including Journal of Artificial Intelligence and Technology, Journal of Systems and Software, Simulation Modeling Practice and Theory, and International Journal of Simulation and Process Modelling.