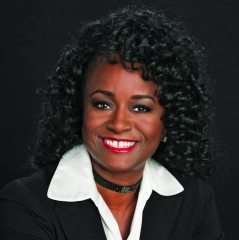 Cheryl Hyman is a nationally recognized executive leader and former City Colleges of Chicago (CCC) chancellor. She joined the Office of the University Provost in 2019.

Hyman will lead academic partnerships between ASU and the community colleges, both locally and nationally, ensuring that students who wish to pursue an undergraduate degree have the resources and a pathway to successfully transition to ASU.

A Chicago native and a community college graduate herself, Hyman was appointed chancellor of the City Colleges of Chicago (CCC) in April of 2010. Under her leadership, she led the Reinvention of the City Colleges of Chicago – a partnership with faculty, staff, students, four-year colleges, and members of the civic and business communities to ensure that all CCC students successfully graduate and are prepared to further their college education and careers.

During this time, the graduation rate more than doubled and degrees awarded annually were the highest on record in CCC’s history, and she was named one of America’s Ten Most Innovative College Presidents by Washington Monthly.

Most recently, Hyman published a book, “Reinvention: The Promise and Challenge of Transforming a Community College System “(Harvard Education Press), which focuses on the Reinvention initiative and improving student outcomes.

Prior to her appointment at CCC, Hyman has served as vice president of operations, strategy and business intelligence at the Commonwealth Edison Company (ComEd), the largest electric utility in Illinois. She held positions in various areas across the company during her 14-year career including information technology, community and economic development, and government and legislative affairs.

Hyman is also a member of the board of directors for the national advocacy organization Complete College America – a non-profit organization leading America’s effort to improve college graduation rates, and she serves as a member of The Urban Institute’s US Partnership on Mobility from Poverty, to name a few. She is a former member of the Illinois Community College Board and previously served on the board of directors for The Night Ministry of Chicago whose mission is to provide housing, health care and human connection to members of the Chicago community struggling with poverty and homelessness.

An expert in college reform, she frequently lends her expertise on various panels for groups such as The Hamilton Project, the Center for American Progress, NBC News’ Education Nation Summit and Aspen Ideas Festival. Additionally, her work has been cited in major publications to include The Economist, The Wall Street Journal and The Chronicle of Higher Education.

Hyman is a graduate of Olive-Harvey College – a City Colleges of Chicago college – earned her bachelor’s degree in computer science from Illinois Institute of Technology, a master’s degree in community development with a certification in nonprofit management from North Park University and an executive master’s in business administration from Northwestern University’s Kellogg School of Management.