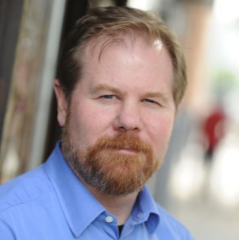 David Kilcullen is Professor of Practice in the Center on the Future of War and the School of Politics and Global Studies, a Senior Fellow at New America and an author, strategist and counterinsurgency expert. He served 25 years as an army officer, diplomat and policy advisor for the Australian and United States governments, in command and operational missions (including peacekeeping, counterinsurgency and foreign internal defense) across the Middle East, Southeast Asia and Europe. In the United States he was Chief Strategist in the State Department’s Counterterrorism Bureau, and served in Iraq as Senior Counterinsurgency Advisor to General David Petraeus, before becoming Special Advisor for Counterinsurgency to Secretary of State Condoleezza Rice. He is the author of a number of influential books including, The Accidental Guerrilla: Fighting Small Wars in the Midst of a Big One and Counterinsurgency, Out of the Mountains and, Blood Year: The Unraveling of Western Counterterrorism based on an essay that received the Walkley Award, the Australian version of the Pulitzer Prize.