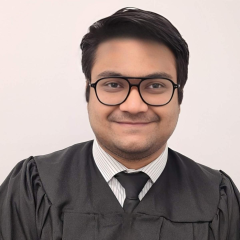 Hamid Yasir, FRSA (il/he/him) is the President and Executive Director of the Union Collegiate and Edlantico Education headquartered in Halifax, Nova Scotia.

He is entitled to use the postnominals F.R.S.A.—an award granted to individuals that the Royal Society of Arts judges to have made outstanding achievements toward social progress and development.

Yasir pursued his baccalaureate studies in liberal arts and sciences concurrently attending some of the finest institutions in North America.

Throughout his undergraduate years, Yasir had the opportunity to learn and grow with some of the best faculties and peers at Dalhousie, Arizona State, Harvard, McGill, and Cape Breton University.

Observing the underprivileged communities on the outskirts of Chittagong having little to no opportunity to escape conditions of extreme poverty due to myriad systematic obstacles such as, lack of access to quality education, discrimination, wealth disparity, corruption, and nepotism, Yasir decided to apprehend the corresponding issues and work towards improving the collective lifestyle of those communities through access to justice, quality education, healthcare.

Yasir believes in fairness, justice and equity. His political alignment is consitent with values of liberty, empathy and solidarity, and is visible through his academic and professional work

HIST12A - United States History: From The Roaring Twenties To The Opposing Forties.

HIST12B - United States History: From The Red Scare And McCarthyism To The Nixon And Watergate.