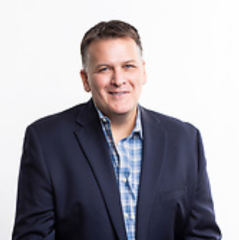 Before joining ASU, he spent more than a decade at leading national marketing agencies based in Phoenix, first at Moses Anshell / Moses Inc. and then at OH Partners. He led PR and social media teams that worked video game launch events in New York City and Los Angeles, promoted everything from hotels and craft beer to colon cancer checks, sold lots of consumer products, landed attention from Adweek to the New York Times, and helped set two Guinness World Records. The hardware includes local, regional and national ADDY awards and more than 20 awards for PR, social media and digital marketing - including the Phoenix-Area 2018 Agency of the Year.

Before that, he spent two decades in newspapers as an editor and reporter, mainly at The Arizona Republic. He found himself with a great job as a Page One editor, working on a small team responsible for the daily and Sunday front page and A section of the paper, then one of the biggest in the U.S. It was the demanding but intense and rewarding job that he had worked toward since college. He landed numerous state, regional and national journalism awards, and was a finalist for the Livingston Award for his international reporting.

Chris is a Phoenix native who lives in Tempe.

Chris has a Bachelor of Science degree in journalism from Northern Arizona University, and plans to pursue a master's at Arizona State.