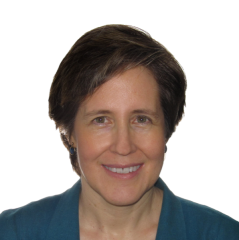 Ann Florini's research, teaching, and consulting address innovations in governance of both the public and private sectors. She currently directs programs at the Washington DC campus of the Thunderbird School of Global Management at Arizona State University. She also serves as a founding Board Member of the Economics of Mutuality Foundation.

In addition to her academic and think-tank work, she designed and ran the Global Governance Initiative on behalf of the World Economic Forum (2000-2005), releasing the Initiative’s reports each year at the Forum’s annual meetings at Davos. Prior to joining Thunderbird, she was full Professor of Public Policy at Singapore Management University, where she conceived and directed the innovative Masters of TriSector Collaboration. She previously served as the founding director of the Centre on Asia and Globalisation at the National University of Singapore (2006-2011), where she created and led programs of research on the intersections of business and public policy, Asia’s roles in global affairs, and energy and natural resources policy. She was co-director of the International Task Force on Transparency, Initiative for Policy Dialogue, Columbia University (2000-2005), and Director, Project on Transnational Civil Society, Japan Center for International Exchange (1998–2000).