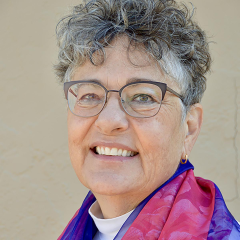 Taught local government at the China University of Public Administration and Law, Beijing, China, summer of 2015, through ICMA-China.

- 2017 Gabe Zimmerman Public Service Civic Leader Award, statewide recognition for exemplary public service to Arizona and the country, named in honor of Gabe Zimmerman, director of community outreach for Congresswoman Gabrielle Giffords, who lost his life while serving the citizens of Arizona.

- 2004 ASPA Superior Service Award in Management category from the Arizona Chapter of the American Society for Public Administration.

- 2004 Global Award from the Arizona World Affairs Council for outstanding long-term participation in hosting US State Department international visitors. - Queen Creek received top grades in the Valley Forward Urban Form Report Card 2004, a measurement of quality of life in the Phoenix area that found Queen Creek ranking ahead of all cities and town in the Valley under 50,000 population, and in the top three of all cities overall. - Credentialed Manager designation achieved May 2003 from International City/County Management Association.

- Desert Peaks Award - Maricopa Association of Governments award for intergovernmental cooperation in recognition of the success of the agreement between the Towns of Queen Creek and Gilbert regarding revenue sharing and annexation boundaries (2000).

CITY OF AVONDALE, ARIZONA (City of 80,000 located west of Phoenix, along Interstate 10. City has 700 employees and a budget of $180M.) Interim City Manager (February – July 2018) Oversaw all day-to-day operations, including adoption of the annual budget, hiring of department heads, and numerous policy issues. Assisted with recruitment and hiring of permanent city manager.

WORK PRIOR TO RETIREMENT: CITY OF PHOENIX, ARIZONA (Phoenix is the capital city of the state of Arizona with a population of 1.5 million and an annual budget of $3 billion. It is the largest city in the country with the council-manager form of government, and the City won the prestigious Carl Bertelsmann award for being the best-run city government in the world.) Deputy City Manager / Interim Director Water Services Department (February 2009 – March 2010) One of six Deputy City Managers working in the office of the City Manager as the City executive team to oversee 25 departments, 10 major programs, and 14,000 employees. Due to a hiring freeze, I was asked to manage the Water Services Department of 1,400 employees who provide all water and wastewater services to the City and much of the region. Water Services Department annual budget: $278 million, and $1.5 billion five-year CIP. Retired in March 2010. Deputy City Manager / City Council Chief of Staff (May 2008- February 2009) As part of a regular rotation programs, Deputy City Managers in Phoenix spend a year managing either the City Council staff and offices or the Mayor’s Office, as Chief of Staff. Responsibilities included oversight of all staff and HR functions, recruitments, training, and terminations of staff; and assisting with policy development with the City executive team. Deputy City Manager (June 2006 – March 2010) During my first two years with Phoenix, my responsibilities included management of the departments of Information Technology, Finance, Purchasing, Budget and Research, Solid Waste and Recycling, Landfills, Facilities Maintenance, Vehicle Maintenance, Historic Preservation, and the Family Advocacy Center. Other projects included leading the citywide Sustainability Task Force. Departments were regularly rotated among the Deputy City Managers.

CITY OF LA MESA, CALIFORNIA (La Mesa was a council-manager city with 54,000 residents and a budget of $40 million) Senior Management Analyst Office of the City Manager (September 1991 - January 1994)

CITY OF MESA, ARIZONA (Mesa was a council-manager city with 290,000 residents and a budget of $250 million) Assistant to Library Director for Fiscal and Personnel Management (April 1988 - May 1989); Public Information Specialist Office of the City Manager (August 1984 - April 1988)