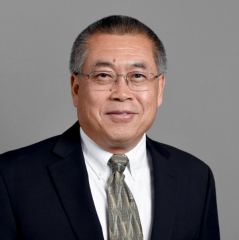 Guoliang (Larry) Xue is a professor of computer Science and engineering in the School of Computing and Augmented Intelligence at Arizona State University. He received his doctorate in computer science from the University of Minnesota in 1991 and has held previous positions at the Army High Performance Computing Research Center and the University of Vermont. His research interests include resource allocation, survivability and security of computer networks, with applications to Cloud Computing, Internet of Things (IoT), Crowdsourcing, and Sensor Networks. He has published more than 300 papers in these areas. His research has been continuously supported by federal agencies including NSF, ARO and DOE.

IEEE Fellow, class of 2011, for contrubutions to Survivability and Quality of Service in Computer Networks

Researcher of the Year, School of Computing and Informatics, Arizona State University, 2007

Associate Professor of Computer Science (with tenure), University of Vermont, 1999-2001