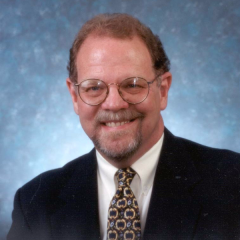 Gary M. Grossman, associate professor in the School for the Future of Innovation in Society at Arizona State University, offers more than three decades of experience in the management of social, education, technology, and employment and training projects in the United States and abroad.

Experienced in the administration of World Bank, U.S. Government and privately funded projects, Professor Grossman also led the development of and directed a unique transdisciplinary, transnational major in ASU's Master of Science in Technology program. This degree concentration, entitled 'Global Technology and Development' (GTD), features the combined perspectives of social science research and emerging technological models and is aimed at providing students an opportunity to explore the critical questions of globalization, commerce, sustainable development, information technology, transportation, education, and biotechnology which affect all nations. The program is designed to empower students to help guide and direct those impacts. Classes in the GTD program began in 2001, became a stand-alone Master’s program in 2012, and transitioned to the School for the Future of Innovation in Society in 2015.

Professor Grossman is internationally recognized for leadership in his areas of interest and has built his career on the mutuality of interests between higher education and the needs of the society of which it is a part, both in his native country and around the world. Professor Grossman was awarded two consecutive Fulbright Grants (2002-2004) and spent that period engaged in research and teaching at Middle East Technical University in Ankara, Turkey.  He is currently on sabbatical stationed in Rome, Italy and working as an International Programme Consultant with the United Nations Food and Agriculture Organization (UN FAO).  His current research concerns the implementation efficacy of the UN Sustainable Devlopment Goals (SDGs) globally, with a particular focus in the nations of Central Asia.

With a career beginning in specific applications of civil liberties and community development policy in the United States in the early 1970's and later, concerning uses of technology in American youth and adult education programs in the 1980's, Professor Grossman's career extended abroad through his work as an executive at the Center on Education and Training for Employment at The Ohio State University. While at Ohio State, he conducted highly successful education and training programs in the Middle East, Central and Eastern Europe, and South and East Asia, with a specific focus on education reform, primarily at the post-secondary level. He also held a faculty appointment in the Department of Agricultural Economics and Rural Sociology and served as the president of the Ohio Council on Economic Education while at Ohio State.

He joined the faculty of Arizona State University in 1994 as an associate professor of information and management technology. Once in place, he began to organize the International Projects Unit (IPU) which operated from 1996-2001. Utilizing a perspective emphasizing the interface of social and education policy and its impacts in trade, education, technology, and other aspects of life in the U.S. and abroad, Professor Grossman built the IPU into an organization that was recognized for its unique contributions to project management and specific applications of technology for training, information, and human resource purposes. He joined the Consortium for Science, Policy and Outcomes faculty in 2009.

Gary Grossman served as president of the Arizona State University Senate and as the statewide chair of the Arizona Faculties Council in 2010-2011and was ASU’s faculty athletic representative to the PAC-12 Conference and NCAA during 2011-14.