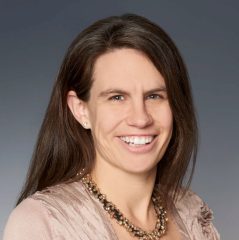 In addition to her teaching position in the ASU MAGS program, Anika Binnendijk is a political scientist at the RAND Corporation. At RAND, Binnendijk leads research and analysis on a range of topics including national security decisionmaking, European defense, gray zone challenges, national resilience, and emerging defense technologies including cybersecurity, artificial intelligence, brain-computer interfaces, and human-machine teaming. She joined RAND from the State Department's Office of Policy Planning, where she was responsible for advising the Secretary of State on policy questions related to Russia, Ukraine, Turkey, the Caucasus, and NATO, and prior to that on Iran and Persian Gulf issues. During her State Department tenure, she served for a rotation as Director for Russia at the National Security Council.

From 2009 to 2012 Binnendijk worked at the Office of the Secretary of Defense, first as a special assistant and policy advisor to the Assistant Secretary of Defense for International Security Affairs, and later the country director for Egypt. Her doctoral dissertation addressed security force responses to civil resistance during post- Communist nonviolent uprisings.