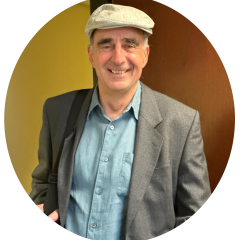 Alejandro Manelli has a Ph.D. in Economics from the Universit of California, Berkeley.   His research is mainly in economic theory. He has contributed to various areas of economics, including general equilibrium, game theory, and information economics. His more recent academic work focus on the design of trading institutions such as those use in procurement processes  or in selling objects at auction.

He has held positions at  the Kellogg School of Management (Northwestern University), and at the Tippie College of Business (The University of Iowa).  He  was a visiting professor at the Institut d'Anàlisi Econòmica (CSIC) in Bellaterra, Spain; at the Unversidad de San Andrés (UDESA) in Victoria, Argentina; at the Universidad Torcuato DiTella (UTDT) in Buenos Aires, Argentina; and at The Toulouse School of Economics, in Toulouse, France.   Alejandro was elected fellow of the Society for the Advancement of Economic Theory (SAET).  In 2014, he received the Premio Raíces (Argentina) awarded for international cooperation in  science, technology, and innovation.