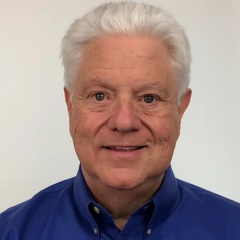 Dr. Lynn Robert Carter has over 45 years of experience in software engineering practice, management, education, and research.  He has an extensive background in research and the development of systems in various domains for industrial, defense, and medical applications.  He has participated in both the creation of new systems and Post-Deployment Software Support (PDSS).  He served as a Senior Member of the Technical Staff (MTS) at the Software Engineering Institute (SEI) for 12 years and prior to that, seventeen years at firms such as Tektronix (Principal Software Engineer), Motorola Microsystems (Team Leader), and GenRad (Product Line Manager).  Dr. Carter has been an educator over his entire career at many universities, starting with a part-time faculty appointment at Portland State University in 1971.  After 12 years as an SEI Senior MTS, he transitioned into a full-time educator position as a Principal Fellow and Associate Teaching Professor for CMU in 2001 when he was asked to create, teach, and lead a pair of innovative software graduate programs for the launch of CMU’s Silicon Valley Campus. Dr. Carter served at CMU’s Qatar campus and supported curricular development and taught the first upper-division cohort. He then led the CMU’s Team as it created six undergraduate programs (including pre-med) during the founding of the School of Science and Technology at Nazarbayev University, Kazakhstan. He led the process of interviewing, hiring, onboarding, and training the faculty for these programs and served as the Chief Academic Officer for the school at its launch and during the first year of operations.  After leaving the CMU community in 2012 he has supported numerous universities in the US and India.

Dr. Carter has been an active volunteer for more than 40 years. He is currently a Senior Member of the IEEE serving as an officer and member of the IEEE Software and Systems Engineering Standards Committee Secretary, IEEE CS  Standards Activity Board - SAB Assistant Secretary, IEEE 2675 (DevOps) Working Group, IEEE 982.1 (Dependability) Secretary, and IEEE WG P1484.20.2 (Defining Competencies) Member. He served the Accreditation Board for Engineering and Technology (ABET) as an evaluator, team lead, and over a decade as an ABET Commissioner and Computing Accreditation Commission (CAC) Executive Committee Member. Dr. Carter is a Silver Core Award winner, Member Emeritus, past member, and past secretary of the International Federation for Information Processing (IFIP) Working Group 2.4 Software Implementation Technology.

Dr. Carter was awarded a Ph.D. in Computer Science from the University of Colorado at Boulder in 1980 and a BS and MS in Mathematics with a specialization in Computer Science from Portland State University.  He co-authored a textbook on Compiler Construction and has written numerous articles and has been invited to write papers, give presentations, and give keynotes to several international conferences.

Doctor of Philosophy (Ph.D.), Computer Science, the University of Colorado at Boulder, CO

Master of Science (MS), Mathematics with a specialization in Computer Science, Portland State University, OR

Bachelor of Science (BS), Mathematics with a specialization in Computer Science, Portland State University, OR