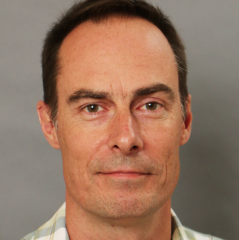 Steven Kaliszewski has been working to build and understand the theory of operator algebras, and in particular crossed-product C*-algebras. C*-algebras, essentially collections of infinite-dimensional matrices, model the behavior of quantum-mechanical systems: Just as successive measurements of a quantum system can give a different result when taken in reverse order, so does the product of two matrices (usually) depend on the order in which they are multiplied. Crossed-product C*-algebras further incorporate the time-evolution and other symmetries of a system into the model by using group actions.

Throughout the second half of the 20th century, quantum mechanics and operator algebras developed together, and ultimately the study of the latter became a mathematical end in itself. Since then, the field has produced elegant fundamental theorems, deep unanswered questions, and unexpected connections with many other branches of mathematics.