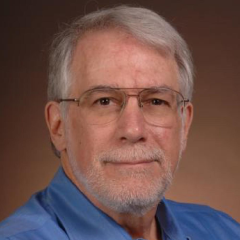 Since joining the ASU in 1983, Laurence Winer has taught courses in Telecommunications and Media Law, Constitutional Law, Ideas of the First Amendment, Law and Ethics of Lawyering, Torts, Analytical Methods for Lawyers, and Defamation and Privacy. His major scholarship focuses on the First Amendment and government regulation of the media and includes published articles, amicus briefs and various government filings. He is a faculty fellow with ASU's Center for Law, Science and Innovation.

After graduating from the Yale Law School, Professor Winer spent six years as a litigation associate with the law firm of Csaplar & Bok in Boston. Prior to law school, he taught mathematics at Boston University where he earned his Ph.D. degree in 1973. Professor Winer is a former member of the Rules of Professional Conduct Committee of the State Bar of Arizona. He currently is a member of the First Amendment Advisory Council of the Media Institute in Washington, D.C., an independent, non profit research foundation, specializing in issues of communications policy.

"Politics, Taxes, and the Pulpit: Provocative First Amendment Conflicts,"co-authored by Professor Winer and Professor Nina J. Crimm of St. John's University School of Law in New York, was recently published by Oxford University Press. The book examines the provocative mix of religion, politics, and taxes involved in the controversy over houses of worship engaging in electoral politilcal speech. The authors offer several imaginative legislative proposals for reforming the relevant, speech-restrictive tax provisions that could help direct and mitigate the growing conflict.