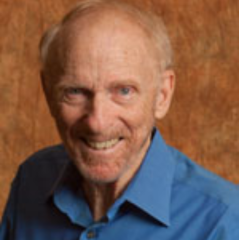 Michael Berch was a Professor at the College and is an Honors Disciplinary Faculty member of Barrett, The Honors College at ASU. Since 1969, he taught a wide variety of courses, including Federal Courts, Civil Procedure, Conflict of Laws, Law and the Regulatory State and Professional Responsibility. He coached many of ASU’s winning Moot Court teams and has written extensively.

A popular teacher, Professor Berch has visited at numerous institutions, and received many teaching honors, including the ASU Alumni Association Distinguished Teacher Award in 1990, the Maricopa County Bar Association Outstanding Teacher of the Year Award for 1992-93, and the ASU Law Alumni Distinguished Professor of 2001. In April, 2007, he was one of three recipients for the 12th Annual Last Lecturer Awards at ASU, in June 2007, he received the Arizona State Bar President’s Award for outstanding services to the Bar’s teaching mission, and he was a finalist for the 2008 Professor of the Year from the ASU Parents Association.

Before entering academia, Professor Berch worked on a variety of high profile criminal cases at the U.S. Department of Justice, was an Assistant U.S. Attorney for the Southern District of New York and also was in private practice.