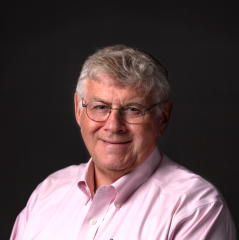 Richard H. Stanley was appointed as senior vice president and University Planner in February of 2004. In this position, working with the existing academic and administrative units, he coordinates the interaction of program, facility, and financial planning activities across Arizona State University’s four campuses. The focus of the work is medium-term and long-term planning to implement the vision of the New American University. He is a member of the ASU Executive Committee. He is also one of five members of the University Budget Committee which coordinates budget planning for ASU.

Prior to joining ASU, Stanley spent 24 years at New York University, most recently as executive vice provost. During his tenure at NYU he had planning responsibilities in the areas of space and facilities, academic budgeting, enrollment management, and faculty resources and support. He also had operational responsibility for admissions and financial aid and for information technology services. Earlier in his career, he held positions in internal auditing and in the publishing industry.

Stanley earned a Bachelor of Arts degree in economics from Yale University.