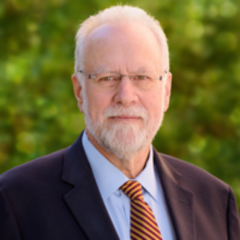 Mark Searle is Provost Emeritus and University Professor at Arizona State University in the School of Community Resources and Development in the College of Public Service and Community Solutions. Until July 1, 2021, he was also executive vice president and university provost at Arizona State University. In that position, he coordinated the university’s international efforts, governing board relations, strategic goal setting, and other initiatives across the university. Prior to that administrative appointment, Professor Searle served as interim provost, deputy provost and chief of staff, vice president for academic personnel, vice provost for academic affairs, founding dean of the College of Human Services, and as vice president and provost of ASU’s West campus. Professor Searle joined ASU after an extensive career in Canada where he was the founding director of the multidisciplinary Health, Leisure, and Human Performance Research Institute and head of an academic program in Recreation Studies at the University of Manitoba. Prior to his university appointment, Professor Searle served in various management positions within municipal and provincial government. The Provincial Government of Manitoba, the National Therapeutic Recreation Society and the University of Manitoba have honored Professor Searle for his achievements. He has been elected as a fellow of the Academy of Leisure Sciences and the Academy for Park and Recreation Administration. Professor Searle is widely published on the relationship between leisure behaviour and the psychological well being of older adults.