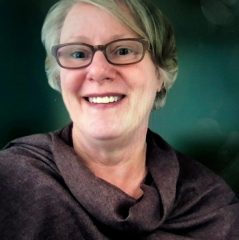 Hood, originally from Milwaukee, Wisconsin, uses printmaking to focus on community-affiliated projects such as RIPPLE (2005), for Katrina evacuees in Arizona, DITTO (2006), a public art project, and Map(ing), an on-going collaborative project between Native American artists and Arizona State University graduate students. Hood is the recipient of numerous residencies, publications, and awards for her work including the 2008 Faculty Achievement Award and the 2006 Award for Public Scholarship. In 2012, Hood was awarded the Annual Evelyn Smith Endowed Professorship to support her community scholarship.