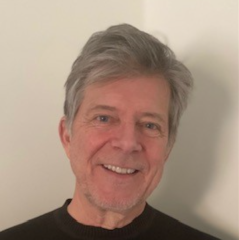 Brad Forst is both a business executive and lawyer. His career includes positions as a public company CEO, private company CEO, in-house general counsel, and law firm partner practicing corporate and securities law. He has taught as a faculty associate at ASU from 2004 – present, at both the College of Law and at the W.P. Carey School of Business. He has served as Director, Undergraduate Business Law, since 2017. His career has combined roles in business management, finance and law, across a range of industries including technology, aerospace, defense, financial services, and energy. Mr. Forst has substantial Wall Street experience and has served on the boards of directors of both public and private companies.

In addition to his role as Director, Mr. Forst works with small companies and startups on strategic planning, capital raising, technology commercialization, transactions, and legal compliance. During his corporate career he was the President and CEO of Simula Inc., a publicly traded company that he led through a successful corporate turnaround and merger. He was CEO at Southwest Solar Technologies Inc., an energy company; Gradient Analytics Inc., an independent stock research firm; and, Ninety Plus Holdings LLC, an international coffee grower and distributor.

Mr. Forst has published a number of articles and been a frequent public speaker. He is a member of the State Bars of Texas and Arizona. He earned his LL.M. from Columbia University School of Law in New York.