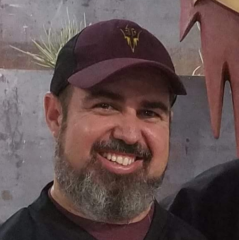 Peter Fischer joined CPMG on February 13th, 2018 as the ADA/Accessibility Coordinator on Team Delta.  With a Master’s degree in Public Administration from Grand Canyon University and a bachelor's in architecture from Arizona State University, Peter has been working towards accessible design for over two decades. He served on the Phoenix Mayor’s Commission on Disability Issues from 2006 to 2010, before becoming the City of Phoenix’s City-wide ADA coordinator. Peter oversaw Phoenix’s ADA Compliance Program, where last year over 2,000 curb cuts were replaced. During his spare time, Peter owns his own business and serves on the Board of Directors of the Arizona Arthritis Foundation.