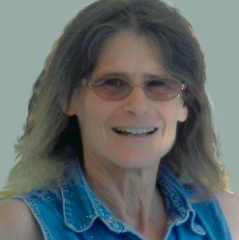 Dr. Amy Jurewicz has been working on Genesis since 1998 (Phase C/D) as JPL’s Project Scientist for Genesis. In that role, she worked closely with the PI and the science team on collector development, including physical and chemical testing (eg., thermal stability,  pre-flight cleaning, diffusion studies). Dr. Jurewicz personally fabricated approximately 25% of the solar-wind collectors. She also developed a novel 13C sputtering target which enabled Sandia to coat the CVD-diamond concentrator target with conductive 13C diamond-like carbon for flight. While at JPL post-launch, she worked closely with both JSC and the mission PI to archive Genesis materials and prepare for the sample return. To further this role, she was a Visitor in Geochemistry at the California Institute of Technology, the PI’s home institution.

Amy was an NRC Fellow in ceramic engineering at the USAF’s material laboratory. She has also worked as a Manufacturing Engineer making specialty tungsten-carbide/diamond cutting tools at US Synthetic Corporation, and spent time as a Research Scientist at Owens Corning’s corporate R&D.

Dr. Jurewicz has performed academic research on both the origins of meteorites and terrestrial igneous rocks. While at JSC (1990-1995) she melted various chondritic meteorites under controlled near-one-atmosphere conditions, producing and analyzing partial melts which looked vary much like known achondritic meteorites. Her graduate work focused on diffusion in olivine crystals under igneous conditions, which she simulated experimentally.

Amy Jurewicz has also had key roles on the Stardust Discovery mission (Aerogel Team, Phase C/D) and both SCIM Scout mission proposal teams (JPL Project Scientist for SCIM, 2003; Co-I, 2003 & 2006). Side projects included: fabricating aerogel insulation for the MER (2001–2002) under the auspices of Steve Jones; making calibration filters for Galex (2000–2001) in the JPL Microdevices Laboratory; and resolving a development problem for the Plasma Motor Generator (1993) while working at JSC.

* R.P.I. is the abbreviation for Rensselaer Polytechnic Institute