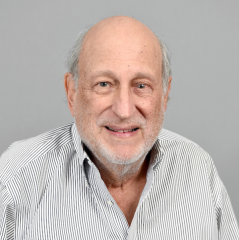 Michael Hechter is a Foundation Professor and an elected fellow of the American Academy of Arts and Sciences. Hechter has taught at the Universities of Washington, Arizona and Oxford. He has been a fellow at the Center for Advanced Studies in the Behavioral Sciences and the Russell Sage Foundation, and was a visiting professor at the Universities of Bergen and Llubljana. Hechter is the author of numerous books, including "Internal Colonialism: The Celtic Fringe in British National Development, 1536-1966" (1975; 1999); "Principles of Group Solidarity" (1987); "Containing Nationalism" (2000), and "Alien Rule" (2013). He is editor/co-editor of "The Microfoundations of Macrosociology" (1983); "Social Institutions: Their Emergence, Maintenance and Effects" (1990); "The Origin of Values" (1993); "Social Norms" (2001, 2005); and "Theories of Social Order" (2003). His articles have appeared in the American Journal of Sociology, Demography, Journal of Theoretical Politics, Rationality and Society, Sociological Theory, European Sociological Review, and many other journals. His writings have been translated into Italian, Japanese, Hungarian, Chinese, Arabic, French, Spanish, and Georgian.

Hechter's research revolves around three distinct themes. The first concerns the causes of nationalism and group solidarity. This work attempts to account for the political salience of cultural distinctions, especially in advanced societies. A second theme advances rational choice explanations of macrosocial outcomes. A third concerns the role and measurement of individual values in social theory. He is presently working on a book on the causes and consequences of alien rule.