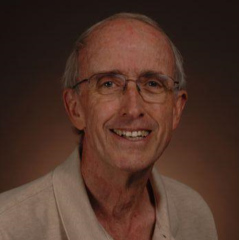 James Eder's research interests have long concerned how the tribal and peasant peoples of Southeast Asia, and particularly those of the Philippines, have experienced development and change, broadly understood. His fieldwork in the Philippines has centered on Palawan Island, where his interests include demographic and subsistence change among the Batak, a tropical forest foraging people, and agricultural intensification and economic diversification in San Jose, a farming community on the outskirts of Puerto Princesa City.

In recent years, Eder has re-cast these and other longstanding research interests around issues of natural resource management and use, while at the same time scaling up to a broader view of Palawan and of the Philippines as a whole. One current research project, Migrants to the Coasts, examines the challenges that the continued migration to Palawan of ethnically-diverse fisherfolk from elsewhere in the Philippines pose for the establishment of marine protected areas and other elements of successful community-based coastal resource management programs. Another current research project, Re-Envisioning the Upland Philippines, aims to better capture the ecological, economic and social transformations presently underway in the nation's uplands than present models allow. His most recent research project concerns ethnic identity, Islamic consciousness, and Muslim-Christian relations in Palawan.

Eder teaches courses on introductory sociocultural anthropology, peoples of Southeast Asia, and the anthropology of development in SHESC, and a course on international development and sustainability in the School of Sustainability. In 2011, Eder received the ASU Alumni Association's Faculty Achievement Teaching Award.