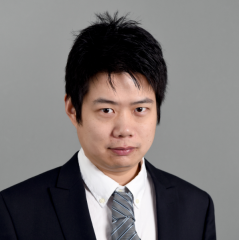 He received his doctorate in electrical and computer engineering (ECE) from Carnegie Mellon University, where he also obtained his master's degree in machine learning from the School of Computer Science. Before joining ASU, Yang was a TomKat postdoctoral scholar at Stanford University, where he is one of the leaders in a Department of Energy (DOE) sponsored project on visualization and machine learning for distribution systems with deep renewable penetration. Yang was the Best Paper Award winner of the 2012 International Conference on Smart Grid Communication. In 2013, his paper was ranked first at the same conference. In 2014, his paper was among the Best Papers at the IEEE Power and Energy Society General Meeting. In 2016, his paper won the Best of Best Paper Award at the International Conference on Probabilistic Methods Applied to Power Systems. His work was also recognized by an ABB fellowship from the industry.

Interdisciplinary research of Power Systems, Smart Grid, and Machine Learning. He is also interested in Cyber-Physical Systems, Convex Optimization, and Distributed Algorithms. The goal is to understand the link between physics and data.