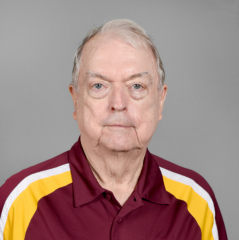 Jimmy Kimberly is a lecturer in the aviation programs in the Polytechnic School at Arizona State University. He holds F.A.A. Airline Transport Pilot and Certified Flight Instructor certificates with type ratings in the B-737 and DHC-8. He was a line pilot for America West Airlines, retiring in 2005 after flying in the United States, Canada and Mexico. Prior to the airline, he flew in the Air Force retiring after 20 years flying attack and observation type aircraft. As a captain at a major airline, he was expected to teach and instruct new pilots on company procedures, airplane systems, knowledge, and the national air space systems. His airline experience involved large aircraft systems courses leading to both first officer and captain qualifications in transport category aircraft.

Prior to Kimberly's airline experience, he concluded 20 years of experience in the USAF flying multiple types of tactical aircraft both in the United States and in Viet Nam. He was awarded the Silver Star and Distinguished Flying Cross and 12 Air Medals for his combat service in Vietnam. Over the years, he has been deeply involved in training AF Pilots transitioning into tactical aircraft. It is with great pride that he finds himself at ASU teaching and mentoring university students as they seek to obtain their four-year degree and develop into professional pilots ready for service with the airlines, general aviation or the military.He is actively working as a FAA Saftety Team Volunteer(FAASTeam Member), selected and chosen by the FAA to conduct and host Aviation Safety meetings. These meetings, sanctioned by the FAA, are conducted  to improve the flight safety for general aviation in the local area. Kimberly is a member of the American Bonanza Society, and Aircraft Owners and Pilots Association and the ASU Alumni Association.