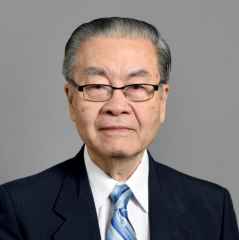 Professor Stephen S. Yau joined ASU in 1994. He is a professor in the School of Computing and Augmented Intelligence. He was professor and chair of the Department of Computer and Information Sciences at the University of Florida from 1988 to 1994. In 1961, he joined the faculty of Northwestern University, Evanston, Ill., and later became the Walter P. Murphy Professor and Chair of the Department of Electrical Engineering and Computer Science there. He has published more than 210 journal and conference papers and his research has been supported by NSF, AFRL, ONR, ARO, NIH and companies including Hitachi and Fujitsu.