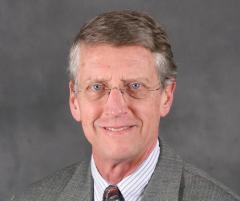 Jim Svara retired from the School of Public Affairs at Arizona State University in 2012 and now resides in North Carolina. In his research and teaching, he specializes in local government politics, management, ethics, and innovation. He has a special interest in the roles and responsibilities of elected and administrative officials in local governments. He is the author of numerous journal articles and book chapters.  The books he has authored include

He is a fellow of the National Academy of Public Administration and an honorary member of the International City/County Management Association.  He is a board member of the Alliance for Innovation.

He has spoken at meetings of the National League of Cities, International City Management Association, and the National Association of Counties, as well as to organizations of local government officials in twelve states and four foreign countries.  He has served as a consultant to city governments on charter revision, and he has contributed to the drafting of the 7th and 8th editions of the Model City Charter.