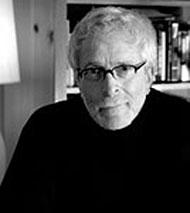 Even before Lee Gutkind was spotlighted in Vanity Fair Magazine in 1997 as “the Godfather behind creative nonfiction” he was its most active advocate and practitioner. In 1991, he founded Creative Nonfiction, the first and the largest literary journal to publish narrative/creative nonfiction exclusively. He was instrumental in starting the first M.F.A. program in creative nonfiction at the University of Pittsburgh and the first low residency program at Goucher College.

All the while, he was practicing what he was preaching, immersing himself in diverse worlds for months and years and producing dramatic and intimate creative nonfiction books about subjects as rich and varied as the motorcycle subculture, child and adolescent mental illness, baseball umpires, veterinary medicine and organ transplantation.

When Professor Gutkind began pioneering creative nonfiction, few if any university creative writing programs offered courses or degrees, but he saw the creative nonfiction genre as a way of connecting students with the real world through what he called the literature of reality. Today, poets, novelists, journalists, playwrights recognize the art and challenge of creative nonfiction, capturing their lives and the lives of others through memoir, biography and other forms of documentary drama. Creative nonfiction is the fastest growing genre in the publishing industry and the academy.

Professor Gutkind has now embarked on another creative nonfiction journey introducing the literature of reality to a new set of practitioners—scientists, engineers, policy scholars, mathematicians, roboticists, philosophers—outstanding men and women– innovators and scholars, pushing the envelope of change. “The world has been transformed,” he says. “There’s so much for the general public—the people upon whom innovation impacts–to understand, appreciate and debate and very often the people responsible for this new world are unable and perhaps unwilling to share their knowledge. I wanted to teach them how to write true stories that inform, entertain and compel readers to want to learn.”

Professor Gutkind has presented his “True Stories That Matter” techniques ideas to record-breaking audiences at the National Press Club in Washington, to scientists and engineers at the National Academies of Science, to advocates at Earth Justice, to teachers and administrators at the Institute for Learning, to scholars at the International Design Frontiers national conference, to the prestigious Council on Healthcare Economics and Policy at Princeton University–and to librarians, museums and creative writing programs—from China, to Australia to the Middle East.

At Arizona State University, he founded the ThinkWritePublish program, supported by the National Science Foundation (Science in Society) and the Templeton Foundation (True Stories About Science and Religion). He holds the position of professor in the School for the Future of Innovation in Society at Arizona State University. He is—has always been—a writer with a purpose and a man on a mission.